Why You Should Ask Santa For A Project Management Office 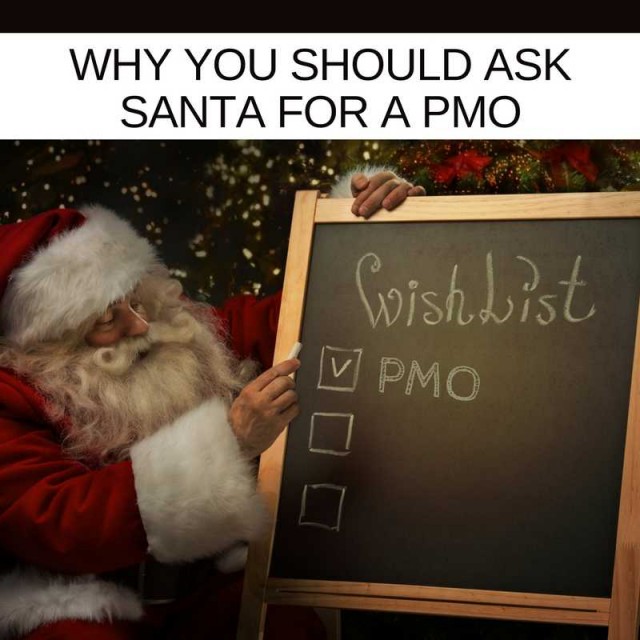 I say, "Why You Should Ask Santa For A Project Management Office” because I'm writing this with Christmas less than a month away but, if you're reading it at some other time of the year, feel free to swap in the Easter Bunny or whichever benevolent entity is about to bestow gifts upon you.

This week, I suggested that a client gets a Project Management Office.

With their permission, I'll share the reasons behind the recommendation because they may resonate with you and where your business or project management operation is right now.

There’s no golden rule or measure that dictates when it's time to start a PMO. It's got nothing to do with the size of your business, the revenue it generates or even the complexity of projects. Often it is a range of (independently) insignificant signs that add up to suggest that a Project Management Office would be of benefit. In the case of my client it was a perfect storm of all of the following, see how many you recognise in your business.

In their words ... every project felt like they were re-inventing the wheel. The IT Projects this client was handling were roughly similar in scope, size and complexity and yet each time the Project team felt that they were starting from scratch. To outside eyes, there was clearly a point at which the project team could parachute in, they could stand on the shoulders of previous projects and use them as a startup template but, instead, every time a new project started it was "back to the drawing board" or “back to square one”.

This firm has become very successful, very fast. At first, the business and its project team were easily handling the workload, but demand had ramped up way ahead of expectation and cracks had started to appear. Delivery dates were missed, work was late, mistakes were being made. Demand beyond forecasts is a lovely problem to have if you're set up to meet it. A Project management Office is not a silver bullet here but can help with more realistic planning horizons.

This often happens when businesses expand ... Close knit teams who operated almost telepathically at the start begin to drop the baton. At this firm, there was no longer any real ownership or accountability, no clear idea what resource or expenditure was required to deliver each project.

This organisation was working on all the right projects. The issue wasn't project selection. When workloads were manageable, projects were being given the due care, attention and diligence so by default they were all delivered successfully. Sadly, as demand increased and resources got stretched there was no clear definition of what successful 'looked like'.

Project Performance was hard to measure because of limited visibility. Again, in the early days, projects just got delivered because the team had breathing room but as things got busier it had become increasingly crucial to be able to dip into projects at different times to measure progress. A centralised PMO can give you on-demand snapshots of project progress against milestones.

When the business was set up the resources were adequate for the workload and the moderate growth that was forecast. As IT Projects were managed in isolation the business was finding accelerated expansion was creating real capacity planning issues. Selection and prioritisation of resources for projects was almost done on a "who shouts loudest" basis rather than any structured prioritisation.

This is a smart business. The Project team are seasoned professionals who could see that something had to change to meet the increased project demand. The problem is that everything they tried ... failed. Everyone was TOO busy to embrace change. When you need to push through change you need someone to own it, it needs process and governance. It needs a PMO.

8 - Burn Out of The Caped Super Heroes

When the business was in start-up mode, time and again, the same superheroes donned their capes and helped projects complete on time. When needed these staff Project Managers would work 50 or 60-hour weeks. This should have been a red flag because it isn't sustainable and as demand grew so did the need for the superheroes to step up but by now they were clocking 70-hour weeks and they were exhausted. When this starts to happen it's not long before even your heroes start to burn out and then what?

If your company is exhibiting signs like this (or others) you may need a fully functioning, end to end, PMO or just some considered adjustments to your current processes ... either way, if you feel that you need to improve project capabilities, we should talk.

The perfect storm described here is quite unusual and, for many, that is the problem. When it happens like this its sort of obvious that the processes and structure a Project Management Office brings are way overdue but when you only exhibit one or two of these signs or others like them, you tend to muddle through ... but be warned ... the perfect storm clouds could be gathering. 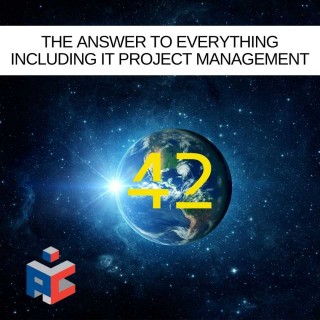