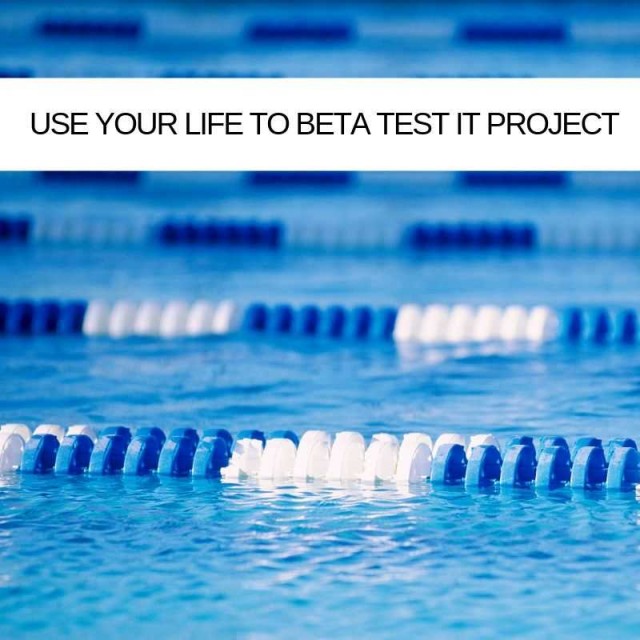 Have you ever thought about trying something new in your delivery of IT Projects but eventually decided to play safe?

It happens to us all, I guess. I mean keeping it fresh is great but if you wreck your IT Project and at the post-mortem, it's revealed that the project failed because you tried something new ... well, who wants to run that risk?

Wouldn't it be cool if there was a laboratory where you could carry out experiments on these new ideas. A place where you could test them out on low risk 'projects' before inflicting them on the high-risk major IT Project that is at the centre of your organisation's business strategy.

An IT Project Manager friend, Malcolm, has such a lab! This week he told me all about it.

"It's my life," he told me. "I 'beta test' any new ideas or methodologies in my daily, 'away from the office' life and suss out what works."

I was intrigued. Malc told me more.

"I worked out about two years ago that I was subconsciously using my Project Management skills in my daily life. From organising the family holiday to putting away the weekly shop, every task I was undertaking at home borrowed from the techniques I'd developed delivering IT Projects ... and that made me wonder. If the home life and work life tasks were so compatible that they could run on the same 'thought software' could I not try out new ideas on those low-risk jobs?"

He's right. I have written many times about taking IT Project inspiration from the wider world but I've never thought of using my home life or hobbies as a beta test lab!! I asked for a recent example and Malc told me about his swimming.

Last year Malc noticed that the sedentary nature of Project Management was having an impact on his waistline and so he signed up at the local pool.

"At first, I struggled to swim ten lengths," Malc told me, "It really hurt the morning after, even after such a short swim! I almost didn't go back! I thought of how we incrementally build units of an IT Project together to create a greater whole so thought I'd just try and swim twenty lengths next time. Suddenly the first ten were easy as I was focussed on the bigger target. The time after I aimed for forty lengths and now the first twenty were easy. I was interested in the psychology at play here. How could something that seemed to be hard become easy just because you've set your target on something even harder?!"

Malc figured it was a milestone thing. He was celebrating each of the extra ten lengths as individual wins. This felt really good and pushed him onto the next level. That initial ten length swim had been an arm aching, leg cramping ordeal, but the four ten length swims were four reasons to cheer himself on to his target of forty.

Malc said, "This made me question whether we were making enough of the milestones in our IT Projects, or were they passing by uncelebrated? More often than not, it was the latter. No wonder our IT Projects sometimes felt like that first swim did. No wonder we often ached mentally. I mean, we were great at setting milestones and the units of our project would waterfall into one another until the project delivered. We were just really rubbish at high fiving each other! On the first swim, I did length after length without really acknowledging the achievement and we had got like that with the chunks of our IT Projects. We just delivered them without acknowledging the dependencies we'd serviced or the chain we were creating. We are now great at marking milestones!"

"I gave this some real thought on my next swim. Could I break bigger swims up into more meaningful milestones, rather than 10, 20, 30 lengths was there something 'sexier' and could this then be applied back at work? I asked how big the pool was ... it was 24 metres (which I was gutted about because I'd kidded myself it was Olympic sized) and from this, I worked out that one kilometre was roughly forty-two lengths! Just two more than I'd been doing!”

“So twenty-one lengths was half a kilometre. Next time I swam with this mindset. I celebrated after the 500m mark and the forty lengths was a doddle as I pushed for that one-kilometre milestone. Back in the changing room I took out the calculator on my iPhone and worked some other meaningful milestones. 50 lengths would give me 1200m. Just over another two more would deliver a kilometre and a quarter. 63 lengths and I'd have swum over one and a half kilometres. I could do this! I started to get excited at these numbers! Then I asked Siri how many metres in a mile and worked out that by swimming 68 lengths I could achieve this literal milestone. Over a week I built my swim and on one glorious Friday, I completed my first one-mile session. It felt amazing and I could not have done it without these incremental celebrations along the way."

Back at the office, Malc applied the same thinking to his IT Projects. Dull, uninspiring milestones were replaced with ones that you could feel. Units of the IT Project were separated even further so that a team working on a deliverable over a longer period could celebrate more regular wins. The atmosphere in the office improved and morale soared, the pace and quality of the work improved.

"The most recent development I've brought from the pool to the office came this week when my tired brain miscalculated on an audacious swim. I'd done the mile, then the two kilometres, then the mile and a half and I looked at the clock on the wall of the pool and thought 'let's do this - let's crack on to TWO MILES'. I did the calculation in my head and it was only back in the changing room that I realised I'd messed up my working out! I'd swam 4 lengths short of this target! I was gutted! Ironically, I'd nearly asked the man in the lane next to me who was warming down to confirm my maths - but who does that? The next day I did swim the TWO MILES (and the extra four that I missed the day before!!"

"The takeaway for IT Project Management from this is that I wondered how much value we may be leaking through little miscalculations. If I hadn't got the iPhone calculator out I wouldn't have known that I'd missed my target, in the pool, it didn't really matter but at work, it's a different matter. How many projects are we delivering below their full potential because we all missed something? We now have a culture where asking a colleague to check your work is OK, in fact, we've introduced a 'buddy' system to positively encourage this. The culture will also encourage you to flag these miscalculations and implement your own remedy - like doing an extra four lengths the next day. As for that guy in the next lane doing his warm down stretches. he has inspired me to ask our Project Management as a Service partner to carry out regular gap analysis and portfolio health checks because sometimes an independent pair of eyes spot something that you don't!"

"Trying different swimming techniques has led us to embrace hybrid methodologies. In the same way that front crawl works better for faster swims and breaststroke is more suited to the endurance swims, I've been inspired to explore how waterfall, agile and host of other methodologies can deliver different projects, even different parts of the same project, more efficiently but it's not just swimming. A number of other life experiences are driving positive change in our IT Project Management work. Life is a classroom!"

I love his passion and it is quite contagious. Still not contagious enough for me to get my trunks at 6.30am, but still.

Perhaps you transfer skills between your free time and IT Project work life and vice versa, I'd love to hear about them. 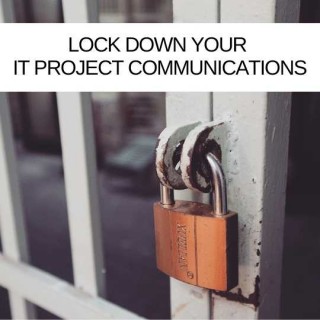