The Perfect IT Project Planning Tool For You! 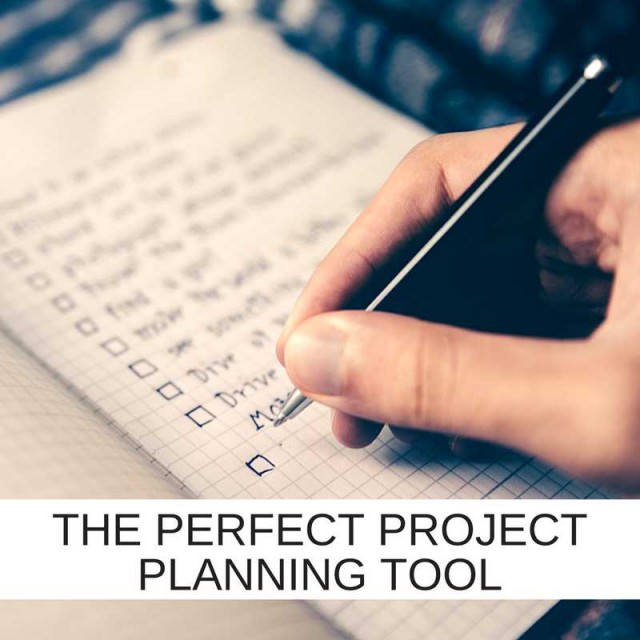 I'd only just arrived on a client visit this week and already this was my kind of conversation.

"But Scoro has a real-time dashboard for monitoring KPIs!" said a voice from inside the meeting room.

My ears pricked up.

"Yeah but Basecamp has great performance reporting too and the collaborative tools are way better!" replied one the people in the room.

"If it's collaboration that matters EventCollab wins hands down," countered another.

My client looked up from the conversation and acknowledge my arrival, "Here's a man who will know! David, what's the best Project tool for making lists of tasks and monitoring progress?"

I'm afraid I gave a politician's answer ... followed by an unashamed sell!

"It depends on the Project, the team, their maturity and what the most important outcomes are," I said, adding with a smile, "but if you're struggling to even agree on what tool works best I'd outsource the whole thing to a trusted Project Management as a Service partner."

Actually, this reminded me of a recent bit of office banter.

"Who still makes lists on paper?" asked a younger colleague.

The list she was referring to was a manifest of jobs I keep that need doing around the home. Now, when it comes to work lists and schedules I'm digital all the way but for personal and home I have always written stuff down - and I probably always will.

My younger colleague lists everything digitally both professional and personal and she showed me the app that she uses on her iPhone to organise her home chores.

The point is - that works for her but for my home "to do" lists, pen and paper suits me better.

In an attempt to win the "Who still makes lists on paper?" banter I turned to Google and, suitably pleased with my search, I triumphantly said, "Richard Branson."

In his blog post "How I Get Things Done", Richard Branson shares his top ten tips for making lists and getting things done and it seems that even Richard Branson carries a jotter everywhere! Last time I checked he was doing alright for himself. I've included a link to his blog at the end.

Actually, I know of one IT Project Manager who still manages day to day largely from paper, mostly because he works in construction IT and can't always get a satisfactory internet signal on-site but also, I suspect that this is what he prefers. Everything does get stored digitally when he gets within range of a WiFi router or a 4G transmitter but each day he prints off schedules, task lists and whatever else he needs to get stuff done and he carries it around. It works for him!

I also read of a Project Manager who carries everything in her head - apparently successfully too! No lists! How she does it, I have no idea. It scrambles my brain just thinking about it! I'd be terrified of forgetting something vital or worse stressing out members of my team. Actually, in this case, her team members are copious note takers and list makers so while she may boast of being list free it's not entirely true of the projects she leads. Having said that, she still carries a lot of project data and planning around mentally and her capacity to remember, recall and recite deadlines, scopes, budgets, etc, is very impressive.

She is, I suspect, the exception that proves the rule.

IT Project Managers with the greatest skills in this area tend not just to be the most organised but the most transparent too. I guess it stands to reason that in cases where everything is documented there is less likelihood of trying to cover your back by bending the truth. If it's all there in black and white you may as well be honest and transparent and focus your attention on what you are going to do to put things right rather than attempting to whitewash when things go wrong.

Well executed plans and lists can improve client communication, in fact, the best examples of where clients and stakeholders feel that they are "in the loop" are when project managers are efficient planners and listers. Projects that are thoroughly documented are the ones where status updates are at your fingertips and where milestones are measured and clear for all to see making it easier to communicate when they are met and when they are missed. Actually, missed milestones seem less of an issue when there is a clear plan in place!

It's worth repeating that line from earlier. You will get the best results from what works best for you and your project. The important thing is that it should feel totally natural, otherwise it's going to feel like a total chore!

If you find that planning and listing is a struggle it may be that you have not found the system that works best for you. An independent analysis of your Project Management operation can really help identify ways to improve or suggest systems and tools to try. Furthermore, with an ever expanding Project Management as a Service market at your disposal, you now easily can find people, tools and services that will complement your capability and fill any gaps or weaknesses.

I love the planning side of Project Management and I'm a big fan of lists, I even make lists before packing a holiday suitcase, much to the amusement of everyone who ever sees me do it.

Think about it though! While they're fretting about forgetting to pack something I'm nonchalantly ticking off items as they go in the case. All my "fretting" was done days back over a nice brew and a chocolate biscuit. Mentally, I've already packed my suitcase ...

... and it's the same with successful IT Projects.

I believe most of the success is in the efficient preparation and planning, the listing of tasks and the allocation of resources.

Tags:
PMO Best Practice Project Management
Why You Should Stop Saying Sorry In IT Projects
IT Project Leaders or Managers? 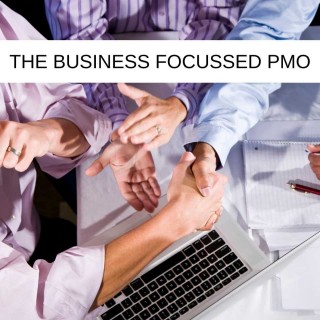