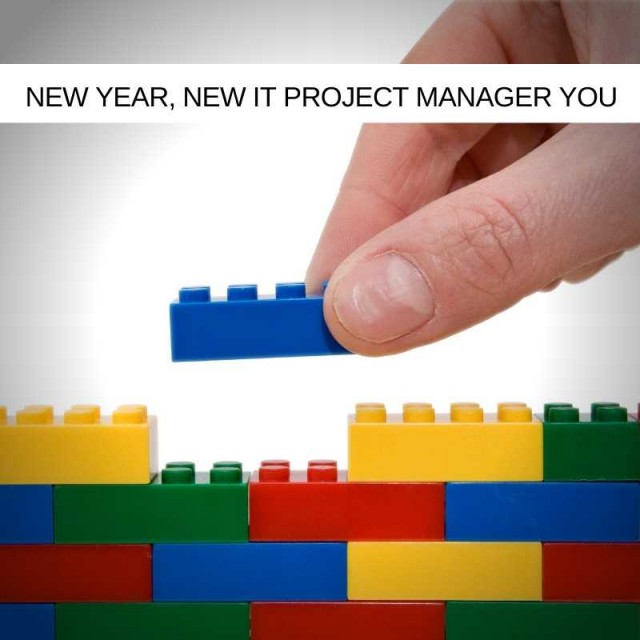 Have you made any New Year Resolutions? I’ve been chatting with IT Project Management colleagues, friends, clients and acquaintances over Christmas and it seems that collectively, and yet, independently, we have identified areas for improvement.

This first one is all about meaning and purpose.

To be honest, this post could be summed up in a single paragraph, so, to keep you reading, I’ll leave that paragraph until the very end.

Among the IT Project challenges that a friend, let’s call her Dianne, encountered last year was a failure in GOVERNANCE. I’ve deliberately written GOVERNANCE in capitals because I know a lot of readers read the word and glaze over.

Oh yes, it’s easy to get excited about the sexy deliverables, the business change and end user benefits of the IT Project but GOVERNANCE? All a bit “meh”?

We don’t help ourselves on this, take a look at the Association for Project Management’s (APM) definition of project governance:

“Governance refers to the set of policies, regulations, functions, processes, procedures and responsibilities that define the establishment, management and control of projects, programmes and portfolios.”

Oooooooh how exciting does that sound? Gets the juices flowing doesn’t it?

Actually, anyone who knows me knows my view!! I am into GOVERNANCE in a big way. I’m one of the few who see it as more than a means to an end but an exciting and dynamic aspect of our project work. Each to their own, right?

My definition would be more about “governance being the key to effective delivery of a project, its whole and all of its parts, it’s the structure that keeps the purpose of the project on track while you work on the minutest of detail, it’s the framework that helps you measure your glory and a set of templates for a successful career and less stressful work life”.

This is why governance is a key pillar of a lot of the Project Management as a Service work that we do at Stoneseed and it’s why we get a lot of repeat work – governance delivers successful IT Projects.

I suppose it’s also why ‘Dianne’ shared her challenges with me.

Without fail, all her IT Project problems stemmed from issues with processes, accountability and procedures. Her team just got a bit blasé about governance. They were applying years of experience and tried and tested processes and procedures to their IT projects regardless of the purpose of those projects. Sometimes it worked and other times it didn’t. It’s like when, after years of driving a manual car, you get behind the wheel of an automatic and the indicators and steering wheel are in the same place, but your left foot keeps looking for the clutch pedal.

You have to adapt and knowing the purpose of the project when outlining governance is key to this.

Sometimes, just knowing the purpose isn’t enough. You have to be mindful of the meaning behind the purpose too.

Another PM pal, Martin and his team have enjoyed some greater gains in 2019 by focusing on the ‘meaning’ of their project. He told me, “Knowing the purpose of the project is all well and good, right now, we’re streamlining the sales order process, for instance. OK. We’re all on board with that, but the passion and the gains come from understanding why. Why are we streamlining the sales order process? Who benefits and how? What will they say when they pat us on the back for making it so.”

So, purpose and meaning breathe life into even the most mundane project tasks.

As Martin says, “Streamlining a sales order process doesn’t sound like something to get excited about. This isn’t what I dreamt of when I was at school! But having a clear grasp of the meaning of our work has delivered tangibly, measurably better results!”

There is a study that backs this up, which I was reminded of listening to a recent podcast by psychologist Richard Nicholls (search him out – he’s very good!).

Published in ‘The Journal of Economic Behavior & Organization’, 3 MIT professors experimented with a series of tasks that were made increasingly meaningLESS or meaningFUL, depending upon context.

If you’ve spent any time over Christmas helping the kids build Lego, this will chime with you.

The MIT study carried out an experiment in which participants were asked to build Lego Bionicles kits for money. 2 groups, same kit each time that would take about 10 minutes to build.

When finished, the kits were handed in and a financial reward was given, in the first instance $2. Then, if they wanted to build another, they'd make 11 cents less and, after they'd made 20, a flat rate of 2 cents for everyone made would be paid.

In the first group, each kit handed it in would be put on a desk, in full view and they were given a new, identical kit to build. They called this the ‘Meaningful Group’.

Then there was the ‘Sisyphus Group’, named after the king in Greek mythology sentenced by Zeus to roll a huge boulder up a hill but when he got near the top it would roll back down and Sisyphus would be forced to start over, repeating it for all eternity.

The second group’s task was as meaningless as the punishment given to Sisyphus!! They only had 2 identical Lego kits and as they built each new one, the kit they'd just finished was taken apart and put back in the box. So, when they wanted to do it again, they'd be given the same kit they’d just built.

Under which condition would you perform more work?

So, the actual task is identical – build a Lego kit, the pay structure was the same for both groups, not surprisingly though, the Meaningful Group built many more Bionicles than the Sisyphus Group. In numbers, the most frequent quitting point for the Meaningful group was after making 10, and for the Sisyphus group, it was just 4.

You could say adding meaning to a task (or knowing what the meaning is) more than doubles productivity.

You could also conclude that recognition for a job well done also drives greater productivity. The Meaningful group’s work for there for all to see whereas the Sisyphus group’s work was instantly dismantled – a metaphor for the power of feedback if ever there was one! IT Project leaders can drive better results and give meaning to the work of their team by acknowledging each milestone and celebrating each interdependent ‘cog’ as it falls into place along the way!

Ensure that you and your team understand the meaning and the purpose of every aspect of your work delivering IT Projects, give recognition for each little win along the way, and success will follow.

Tags:
Best Practice
Beware Confirmation Bias. New Year, New IT Project...
The Urge To Merge: What A Time To Be In IT Project... 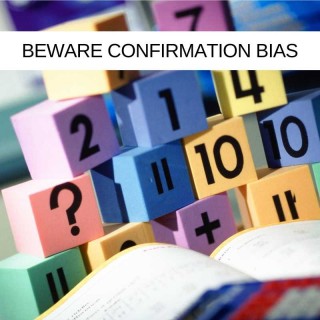 Beware Confirmation Bias. New Year, New IT Project Manager You - Part 2
Have you made any New Year Resolutions? I’ve been chatting with IT Project Management colleagues, friends, clients and acquaintances over Christmas and it seems that...
Read More