Is your IT project prepared for the storm? 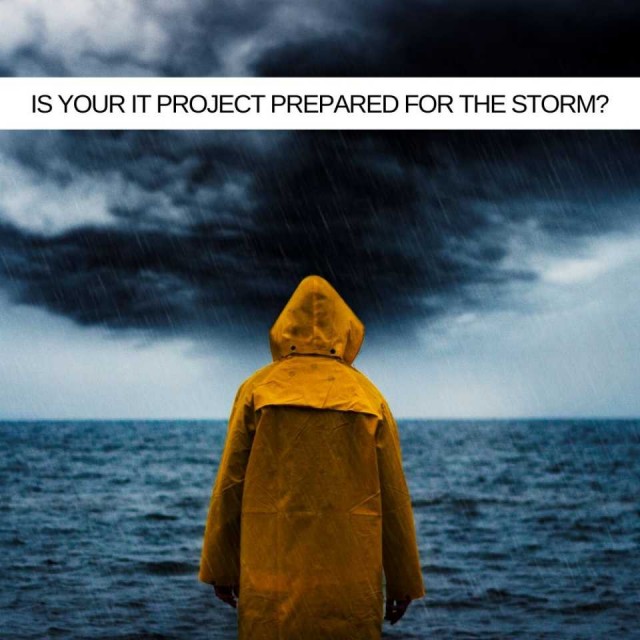 As I write this, for a second weekend, a storm is battering the UK.

Storm Dennis has left us all clearing up in one way or another, flooded roads, deluged gardens, wind-battered properties and, on social media, lots of ‘free’ trampolines!

Near us, two houses in the same street always have beautiful hanging baskets! Whatever time of year it is, they put the rest of us to shame. The people who live in these houses take great pride in maintaining colourful displays of flowers throughout the seasons. I drove past on my way home on Friday night and noticed that one of the houses had taken their baskets down and laid them on the patio. This morning, I drove past again, to buy milk, and both sets of baskets were now off their hooks and the ground. The first houses were still on the patio where they’d been laid on Friday and the second house’s baskets were strewn all over the lawn.

Sometimes, in IT Projects, a storm blows through and disrupts your carefully laid plans. Like the house that took their hanging baskets down, is there anything you can do to prepare and mitigate potential damage?

Understanding what you need to get out of the project sounds really basic, but many projects still go wrong at this stage. Knowing objectives, timeframe, scope, high-level requirements and expectations, resources, assumptions and everything else about the project will help navigate stormy times.

Listing your project’s objectives and scope will help you to understand the various constraints that you are likely to meet along the way allowing you to prepare for them.

You’ve defined the scope of your project, as outlined above, now read it thoroughly. Many projects that fail do so because of a lack of understanding of the mission, objectives and scope. This then has a knock-on effect to the project’s cost estimates, timeline forecast, and allocation of resources. Understanding of the objectives and scope of the project sounds like such basic requirement, and it is, but it also often a major stumbling block.

Projects are not always black and white, single objective missions. Understanding that your project has more than one objective, and the relative value, importance and interdependence of each objective will help you to define scope for each of them.

Have PMaaS On Speed Dial

Here’s a bold claim – a solution to EVERY issue you may encounter during the life of your IT Project can be found in the Project Management as a Service (PMaaS) market.

It is a bold claim and I LOVE challenging it! So far, it is a claim that is holding true.

From resources to innovative, leading-edge approaches to project delivery, from bridging capability gaps to end to end project management office. Whatever your project needs, you can get it from the ever expanding PMaaS universe.

Have A Contingency Plan

Sometimes, your Plan A fails! How this affects your project outcomes largely depends on what happens next - the quality of your response. Making it a habit to have a great Plan B is vital. In fact, some of the best PMs I know plot out a Plan C, D and E too.

Not just for the obvious reason either, having a back-up plan makes sense in itself, but quite often they find that visualising a plan B or C means that they actually come up with something better than their original plan A!!

In the same way that an actor friend has ‘ad libs’ practiced and rehearsed and a radio presenter friend has a plan for what he’ll say in the event of a technical issue, IT Project Managers who know what they’ll do in the event of a ‘diversion’ from their plan are the ones whose projects best survive them.

Again, have your PMaaS partner on speed dial, know exactly where all your resources are deployed, and which can be switched and know which deliverables can be delayed for the greater good.

I’m always impressed by Project Managers who can hold their nerve when the situation that they are in would be enough to make the calmest of souls panic. Unsurprisingly, it is these managers who make it through challenging times with the best outcomes.

My PM friend Malc articulated this once by saying he knows that he produces his best work when he is calm and relaxed. This goes for when a project is going well and, especially, when it isn’t.

He’s right, isn’t he? It’s obvious really. A bad situation only gets worse if you panic but if you approach it calmly and rationally you will be better placed to find the solution. We all know this but it’s kind of natural to panic when faced with a big problem … your heart races, your breaths become more shallow, the adrenaline flows and you get that knotted feeling in your stomach!!

Some lucky people are naturally calm, for others it’s a matter of practicing calm - mindfulness and meditation techniques are great for this. By the way, once you’ve nailed those contingency plans, you’ll find that you become more calm in adversity.

You’re Never Out Of The Fight

Have you seen ‘Lone Survivor’? It’s a film based on a true story of a Navy Seals team whose mission went badly wrong. There are many memorable quotes and lessons throughout the movie that we can borrow for IT Project Management when our own missions go bad. My favourite is:

“I can never forget, but no matter how much it hurts, how dark it gets or no matter how far you fall, you are never out of the fight.”

You are never out of the fight.

I hope that the UK storms, haven’t caused you too much damage. Ironically, where I am finishing this on the Monday, the firm’s internet has been taken down by the wind, so I’ll be using my phone’s hotspot function and 4G to upload this – never out of the fight!

I’ll conclude with another quote from the ‘Lone Survivor‘ movie, “There’s a storm inside of us. I’ve heard many team guys speak of this. A burning, a river, a drive. An unrelenting desire to push yourself harder and further than anyone could think possible.”

And maybe that’s definitive answer when facing a storm, meet it with storm of your own!

Tags:
Best Practice
42 – The answer to life, the universe, and everyth...
Stoneseed are at Project Challenge 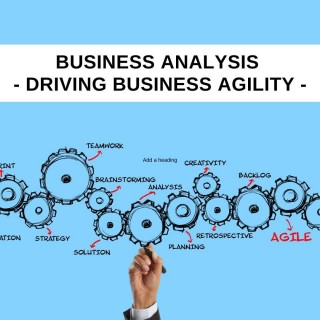