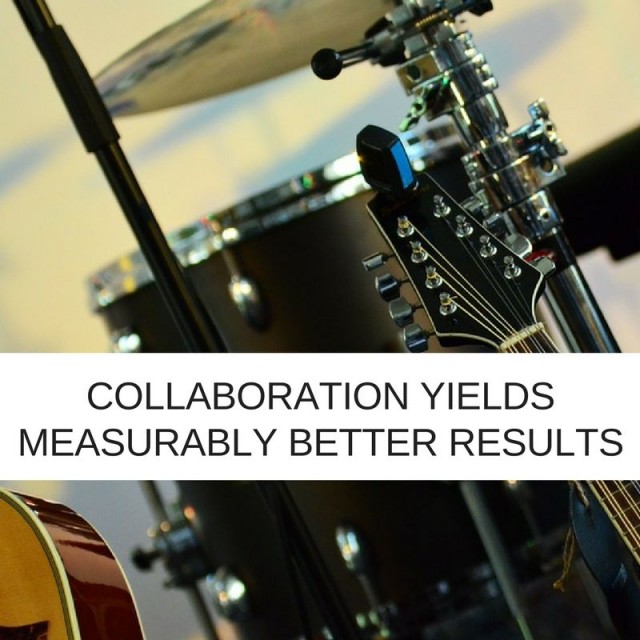 There was a time when collaborations between music artists were a rarity. Queen and David Bowie, George Michael and Aretha Franklin, Lionel Richie and Diana Ross ... they stood out. It was quite exciting when your favourite artist teamed up with someone else because the outcome was always something magical.

These days 'collabs' (as they are called now) are more common. Just take a look at the current charts, as I write this, Ed Sheeran and Stormzy, The Chainsmokers and Coldplay, Clean Bandit and Zara Larsson, Drake and Giggs - everyone is at it - and with very good reason.

Collaboration yields measurably better results. Simple as that. And it's the same with IT Project Management.

In many organisations collaboration tools like Yammer, Slack and Jive are appearing alongside legacy Project Management systems. Project Managers are benefitting from either working together directly or from shared knowledge on what worked well and what worked not quite so well. For some, this is a huge change. Fortunately, if any group of people are well equipped to cope with and lead change, it's IT Project Managers.

One recently told me that, for many years, Project Management had been "like being locked alone in a dark room". He described long hours, late nights, weekends working when everyone else was at home ... most of his working time he was on his own. The nature of this particular chap's organisation still means that a lot of the time he largely is working alone - he doesn't have the luxury of a large Project Management Office but thanks to various collaborative relationships he now enjoys a collective input that has transformed his Project outcomes.

Firstly, he has access to a community. Project Managers sharing best practice and helping each other out when their own experience doesn't have all the answers is one of the most exciting developments in recent years. I've seen Project Managers calling upon experience from the other side of the world to help solve an issue here in the UK and vice versa. There is, after all, no need to keep reinventing the wheel.

Secondly, the Project Management as a Services market now boasts a whole range of resources that Project Managers are using to bolster their own capability. From single resources to end to end Project Management there is seemingly no end of talent that you can call upon to collaborate with and complement your in-house offer. The beauty of this is that it's like "on the job" training! If you hire in a service that is currently not part of your skill set, what a great opportunity to become a knowledge sponge and borrow a bit of best practice. Remember PMaaS talent gets about and in my experience are keen to learn new tricks wherever they go - they'll be on the lookout for great ideas while they're with you so make sure you get your money's worth too!

The Project Manager I mentioned earlier has been at his game for twenty five years now and I was impressed to see how he was embracing current trends towards collaboration. He told me that you're never too old (or too young) to reach out and returned to a musical theme pointing me to Paul McCartney who is collaborating on his new album with the producer who scored record and song of the year awards with Adele.

Sir Paul himself recently told the BBC how he used to compose songs with John Lennon saying there's "a million ways to write". Lennon and McCartney used to sit across from one another with an acoustic guitar just looking at each other. "He'd make up something, I'd make up something and we'd just spin off each other.” Select any Beatles song to see how well that worked!

As an IT Project Manager, it was the line about there being "a million ways to write" that grabbed my attention because there are probably as many ways that collaboration can benefit IT Projects. When you find your way and you hit a groove with your collaborators then IT Project magic really can happen.

Rather than losing control, as many feared would be the case, most are finding that they have extra control. IT Project teams are collaborating across departments, businesses and even geographical boundaries. They are collaborating with the "as a Service" market and accessing greater controls through more robust governance, transparency and better reporting.

When you work more collaboratively with your Project team something amazing tends to happen. Management of the Project becomes a function not just for managers but part of the DNA of every team member - a natural benefit of breaking larger, more complex projects down into more manageable chunks. Ownership of management and delivery of these chunks becomes the responsibility of the sub team.

When these sub-structures are synchronized with the stated project outcome and with the chunks being delivered by the other sub-groups through a central database or control centre, a greater level of transparency emerges. There is a greater awareness of issues and subsequently quality control among individual team members. Problems, changes and delays get communicated faster and sorted more quickly in collaborative environments because each team member is acutely aware of and what’s more actually cares about the impact they will have on fellow collaborators.

I'd love to hear ways that you have used collaborative techniques to improve project outcomes (let's see if there are a million). Let's collaborate on that. You never know where it could lead.

Tags:
Developing the qualities of a great PM Best Practice
Every IT project fail is a step to success
IT Project Management: where did it all go right? 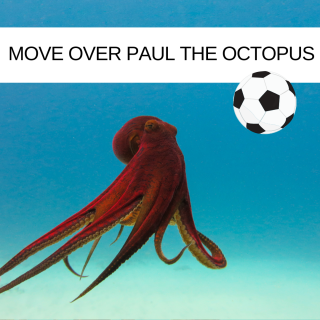