Are you the manager of projects or peace? 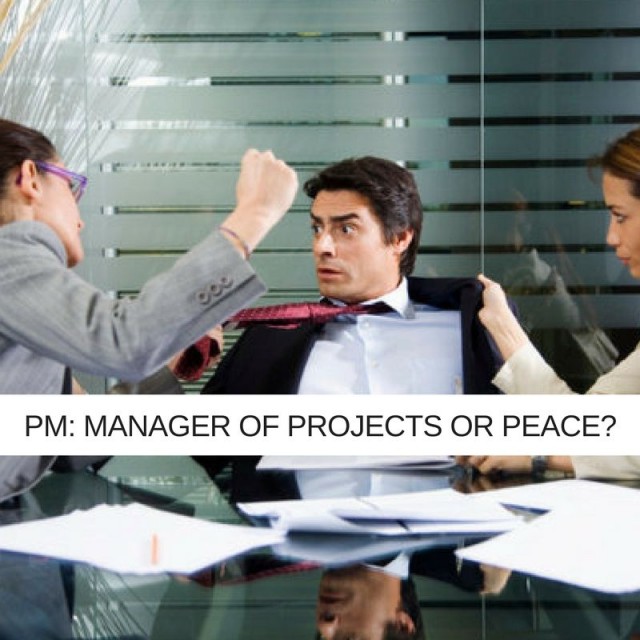 Do you spend all your time handling internal politics and conflict? Here’s how to avoid it.

My friend Steven, an IT Project Manager with that all important sense of humour, told me this week that he was considering adding to the job description on his business card.

Now, it's not the first time that he has sent me an email like this, such is the lot of the PM that quite often you end up doing things that you didn't necessarily sign up for. Steven always jokes that if he got paid for the extra roles he carried out he could easily retire this time next year.

His latest email gets the usual wry smile from me but also some more considered thought because the extra role that Steven is considering adding to his job description is that of "Peace Envoy". I wonder how many other IT Project Managers are now finding themselves sucked into dispute resolution and what impact could that be having on successful achievement of objectives?

I suppose thanks to the nature of our increasingly digitised business world now, IT leaders are dealing with lots of different members of their firm's team from very different backgrounds and with very different agendas. With more touch-points, inevitably comes more opportunity for issues and challenges to occur and more proactive Project Managers (like Steven) are facing them with good humour and seeking to dampen any flashpoints before they take hold.

I asked around and it seems that Peace Envoy is an addition that many Project Managers would consider adding to their job profile.

To add to the challenge, the disputes that need resolving by IT Project Managers come from both up and down the chain of command within organisations. Each has to be handled differently to the next. A dispute that arises at boardroom level needs a more ‘politically sensitive’ approach than one fed back to you by end users, for example. Here are some of the instances bounced back to me after I threw the question out on social media and some of the creative solutions that Project Managers have come up with. Some names have been changed to protect the innocent!

Tom is Project Managing a software rollout across his company’s entire business operation. It started as an accounts package upgrade but the Finance Director was so impressed that Tom was asked to look into effecting similar change across the whole business, better connecting every aspect ... purchasing, stock control, delivery and transportation.

The problem was that historically all of these department heads had sourced their own systems and it had then been Tom's job to make them talk to one another. When this was taken out of the department heads control Tom encountered a quagmire of internal politics.

He wrote, "Even though we fully consulted with all stakeholders it seemed that every solution would be someone else's worst nightmare. It was like managing nursery school kids!"

The solution was to source end to end Project Management.

"As soon as department heads were dealing with objective external project professionals who didn't care about office politics all the problems seemed to disappear - almost as if they weren't actually problems in the first place. I've worked with these guys for years, coming up from a fairly junior level to where I am now. Whether familiarity breeds contempt or they didn't like the upstart from IT telling them what's what - I don't know - but as soon as they were dealing with strangers they packed in objecting and worked together towards the project's objectives."

On reflection, Tom reckons that the project benefitted from a Project Management as a Service approach beyond the resolution of disputes. He says, "PMing the accounts package was one thing, rolling out across the whole operation was probably ambitious and might have stretched our capability. If we hadn't hit all the politics and turbulence I might not have considered outsourcing the PM function! Don't tell the department heads but in a funny way I'm quite grateful!"

Ellie got in touch to say how career aspirations within her ambitious team are causing issues. The skills gap means that team members are often getting poached by chequebook-waving competitors. This causes resentment on two levels; those left behind are jealous of their former colleagues' success (and increased pay packets) but more so the extra workload carried by the smaller remaining team was triggering burnout and mistakes that were impacting outcomes.

"After every departure, the team would fall out."

The solution once again was to be found in the Project Management as a Service market where "culturally aligned" talent could be "grafted" onto the team as and when needed creating a constant full staff.

That cultural alignment part is the key to the success of Ellie’s solution. Make sure that you select a partner who will really take the time to get to know how you work so that any additional crew are ready to just slot in - ‘plug and play’ as Ellie puts it.

A number of PMs got in touch with this catalyst for disputes!

Resources are limited in most firms – Project Managers who say that they have everything they need are few and far between! Conflicts can arise when those limited resources are not allocated based on project priorities or where perception and reality are not aligned. As a Project Manager, it is, more often than not, your responsibility to identify the priorities and schedule accordingly but when there is disagreement over what those priorities are you can find yourself in a ‘bun fight’!

Great project managers seem to be able to stay a step ahead of such conflict.

Usually, having an independent pair of eyes take a look at your project portfolio can identify potential conflicts and resource bottlenecks before they happen and suggest resources that can be bought in to bolster your in-house offer.

I get a sense from feedback already received that "dispute resolution" is increasingly becoming a part of a busy Project Manager's day and it only becomes a problem is when it impacts on outcomes. The common theme from the three disputes mentioned here is that the solutions were ‘out there’. The lesson is that we shouldn’t struggle alone. Online Project Management forums are a great resource – a dispute within your project may have played out during someone else’s - often the solution has already been tried and tested elsewhere. Plus of course, there’s the booming Project Management as a Service market which has an answer for most problems.

I would love to hear from you about your experiences of dispute resolution. Please feel free to get in touch.

In the meantime, if you too are thinking about adding "Peace Envoy" to your business card – explore what solutions may already be ‘out there’ waiting for you!


Stoneseed's Project Management as a Service- gives you access to project management staff, resources and tools at a flexible and predictable cost.

Find out more about Project Management as a Service from Stoneseed
7 Silver bullets to stop office politics killing y...
How to waste much less on important IT projects 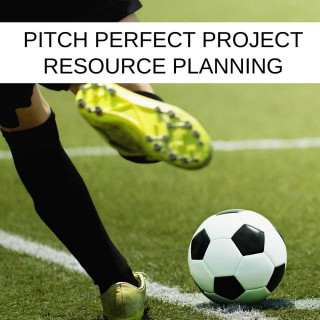 Pitch Perfect IT Project Resource Planning. You and Stoneseed UNITED To Deliver Your Business Goals
I’m writing this after watching my beloved Manchester United’s demolition of Roma in the Europa League semi-final and Chelsea’s Champions League semi-final win over ...
Read More