The IT Project Management lessons from throw away pants 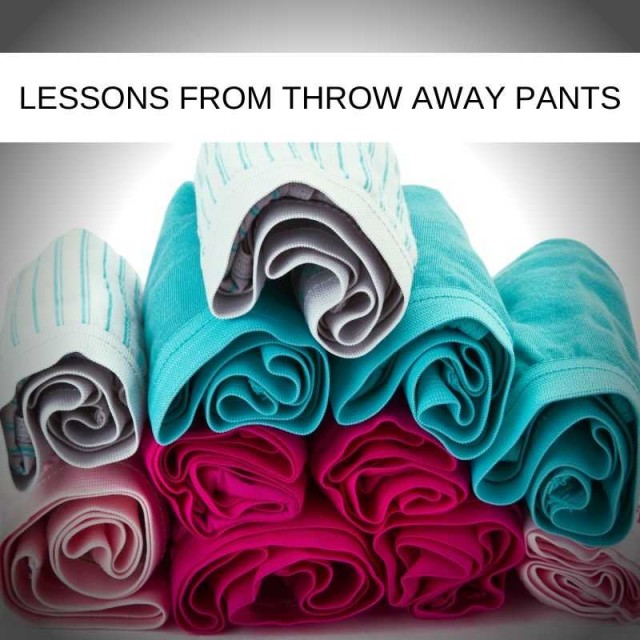 It’s reassuring that even the planet’s biggest brands mess up! When they do, their mistakes can become global news and great lessons are there for all to see.

Now, In IT Project Management, mistakes rarely trouble the headline writers. They can, and do, impact an organisation’s bottom line though. And, it turns out, there are lessons to be learned from the huge corporate blunders that can help us in delivering our IT Projects.

My PM friend Malc is mentoring a group of young project talent right now and has shared with me a brilliant exercise that takes some of the biggest brand mistakes and unpacks them with the eyes of a project manager.

The lessons learned are really helping focus minds on how to avoid project fails – lessons that can be learned without the pain of an actual IT Project disaster! I’m all in. It certainly trains you to look out for the elephant in the room!

Here are just three examples that Malc shared, as you read, you’ll start to see the logic behind the exercise and start to notice lessons everywhere too. I did, even watching Manchester United!

Coca-Cola unveiled New Coke in 1985. They’d tested their new recipe on 200,000 people and this market research concluded that New Coke tasted better than their traditional version and rival Pepsi.

It wasn’t well received. In a time before social media consumers were clear – they didn’t like the change! There were protests, Coca-Cola fielded as many as 400,000 angry phone calls and letters as Coke drinkers professed their dissatisfaction with the new product, people even bought New Coke just so that they could pour it down the drain. Imagine if they had launched it in the Twitter era!!

In less than three months, New Coke was withdrawn and old Coke, rebranded as Coca-Cola Classic was back on the shelves.

So, what lessons can IT Project Management learn from New Coke?

When “errors both in design and manufacturing affected batteries by two different manufacturers” led to Galaxy Note 7 phones catching fire and exploding, Samsung had to recall millions of phones.

According to the findings of Samsung’s own internal report, the problems were caused by insufficient insulation material within the batteries and a design that did not give enough room to safely accommodate the batteries' electrodes.

The recall was thought to have cost £4.3bn and was damaging for the South Korean firm's reputation who had positioned the Galaxy Note 7 as a rival to Apple's iPhone.

To make matters worse, Samsung insisted all replaced devices were safe but soon after the BBC reported that “those phones were also overheating”.

So, what lessons can Project teams learn?

Can you imagine the meeting at Bic?

“Right team. We make Biro pens, cigarette lighters, razors. What else, high-quality, yet inexpensive and therefore disposable, can we launch?”

“There are no bad ideas in brainstorming” was pushed to the limit with this one!!

Globally, the lingerie market is expected to hit $55.83 billion by 2024, that tells you something about the market. Women consider their underwear as an investment in how they feel, the thought of throwing them in the bin after one wear never really caught on! Who knew?! Some things, I guess, just aren't meant to be thrown away.

So, what lessons can we learn from disposable undies? (A sentence you never thought you’d read in a project management blog!!)

Betamax, DeLorean cars, Titanic, even Brexit are all subjects that Malc and his young proteges have looked at through the eyes of an IT Project Manager and each yields plenty of lessons that can be learned and applied in your next IT Project.

Since Malc shared this insight, I’ve been looking at lots of things and applying a project manager’s thinking to them - Manchester United after Sir Alex is a personal favourite! This, though, is maybe one for when we both have a beer or glass of wine in our hands – it could take some time! I would love to hear any thoughts that you have!

The point is, by looking at life outside project management with our ‘day job eyes’ we open ourselves to some great lessons.