Resolutions Are So Last Year! How IT Project Leaders Are Pledging Success in 2019 - Stoneseed

Resolutions are so last year! How IT Project Leaders are pledging success in 2019 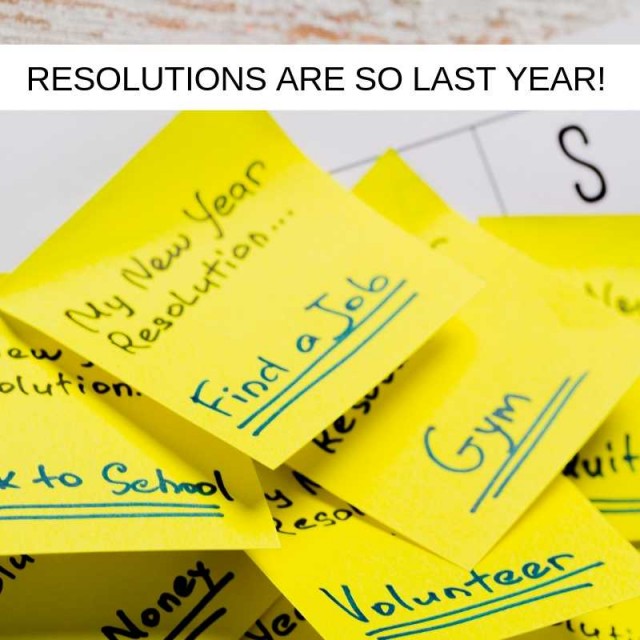 Back to work, eh?

So, how are your New Year’s Resolutions working out? Personal and professional?

Probably, if you're like most people I talk with, you’re having a mixed bag of results.

Now that's sort of OK with the personal stuff. If your resolution was to eat more healthily and hit the gym but you're still popping buttons off your shirt when you breathe out, well, you have time to make changes to your lifestyle.

If, on the other hand, your New Year Resolutions were professional it may be that failure to stick to them could cost you some IT Project wins.

I read that 80% of New Year’s resolutions fail by February. The reason? Usually, no commitment. Resolutions tend to be things that you THINK you should be doing, so quit smoking, take up running, meditate daily in your personal life or eliminate scope creep, set better KPIs, explore more efficient Project management as a Service (PMaaS) options in your work life. The thing is that these are all great goals but then along comes that nicotine craving on a stressful day or a key stakeholder with "just a small request" and often you cave in ... the path of least resistance is littered with broken resolutions!

If your resolutions are lacking a strong foundation of personal meaning and relevance the chances are that they won't deliver the difference that you intended. What you need is something much more fundamental and important to you because when your resolve comes from the inside, based on something that matters to you or genuine past pain, you have a much greater chance of seeing it through.

With this in mind, this year instead of New Year Resolutions, a few of my IT Project friends have made New Year Pledges. They're more specific and measurable than resolutions and because they are based on actual pain points it will be interesting to see how effective they are. Here are some of them.

Martha's team are big on delegation but 2018 has thrown up issues around clarity on who is responsible for what. "Three or four times there were instances where something would need attention and when we looked for the right person to sort it - no-one knew who that was!!!" Increasingly, Martha's projects span different offices, even different continents and this is making it even more important to nail down who is doing what! It sounds really basic, but she is not alone.

Specifying which team member is responsible for what task and making them accountable for it is a key pillar of project success. Martha has invested in a real-time task management system that can be accessed online and it should do the trick but there are many options available from the PMaaS universe that can also help organisations stay on top of task and resource management.

Ensuring that you have full project details before you start may seem like an obvious call but, according to Martina, a project scope, fully approved by all stakeholders, isn't always the foundation upon which IT projects at her organisation are built.

The more detail your initial project brief and documentation have, the more chance you have of succeeding. You wouldn't build a house without first getting an architect to draw up the plans!

Martina's pledge for 2019 is to refuse to start a project until milestones, budgets, deliverables and delivery dates have been signed off and agreed by key stakeholders.

3 - Stay Focussed on The Why

Martin's pledge for 2019 is also based around scope creep.

"2018 was the year of missions getting sidetracked by requests from stakeholders that could and should have been totally separate projects with separate budgets and timelines to go with them," he told me. "It's been like we're baking a Victoria sponge cake and the stakeholders have come into the kitchen and said, 'You know what would be nice too? Shepherd's pie!' We need to be better at saying - that would be nice but right now we're baking a cake."

Martin's pledge is to remain focused on the why. The reasons you initiated the project and the business case for it. "We'll accommodate change requests when they support the why. If you want a sprinkle of icing sugar on top of the cake - you got it! If you want minced lamb, gravy and mashed potatoes then that's a new project so, don't be offended if we ask for a new budget."

Kyle has pledged to keep project team members motivated by rewarding them when individual milestones are reached. "I noticed that we're really good at cracking open a bottle of bubbly when a project is delivered into service but successfully completing chunks of work, the cornerstones of a successful project, tends to pass uncelebrated."

"Teams can decide what reward they'd like, within reason, chocolate has been the runaway favourite so far, but one team has a night of ten-pin bowling riding on the successful completion of their current task. We've put a bell in the office and that gets rung by the team when they win their reward. We trialled the initiative since about September and it is helping keep track of individual work parts as well as inspiring better performance!"

All of the booze bottles I opened over Christmas had the words "Be Drink Aware" on them. This, apparently, has inspired Hannah to be "Break Aware".

"It was a dark, late November afternoon when I realised that I'd not moved from my desk and taken my eyes off my screen for more than three hours," says Hannah. "It dawned on me that for probably half that time I'd been operating on autopilot and not giving my work my best attention. I looked around my team and we all looked exhausted!"

Does this sound familiar? I mean I've been writing this blog since just after breakfast on and it's now nearly lunchtime - I haven't shifted from my seat, my eyes are tired and spell check keeps underlining my mistakes with a red wobbly line. Now, this is just a blog and doesn't matter in comparison to an IT Project that I may be working on when I return to the office. Then my performance WILL matter and could be the difference between success and failure.

Hannah's pledge is that she and her team will work in 30-minute bursts and after each one, a short refresh break will be taken. On that dark November day Hannah took a walk out onto the street outside and felt the rain on her face, I've just taken a stroll around the car park and inhaled some fresh(ish) air!! A short break re-energises you! And yet many of us don't take them!

It's no wonder IT Project work can be so stressful at times, we're running on pure caffeine. Take a break. Take a deep breath. Your project will thank you for it.

So, there you have it, pledges may be better than resolutions. Time will tell. Let me know if you’re pledging to make some measurable changes in 2019 – I would love to hear about them and help you achieve them in whatever way I can.