Overuse of the F-word! How IT project failure may be self-fulfilling 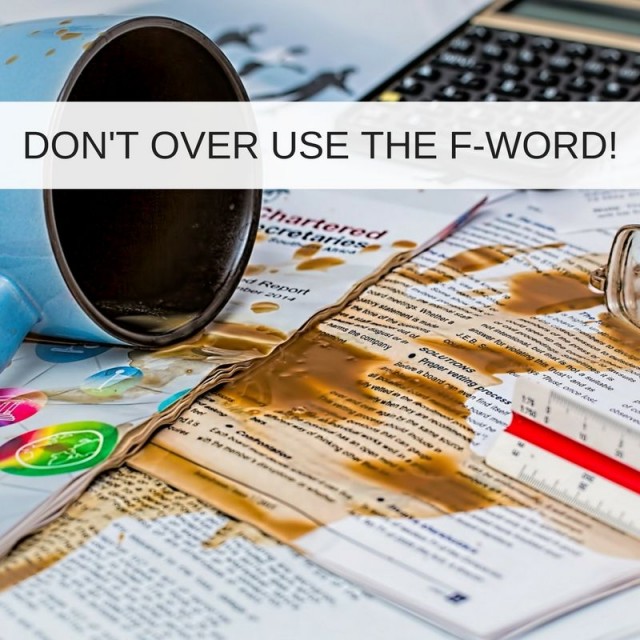 No-one sets out on an IT Project imagining that it's going to fail. IT Projects are never designed this way and yet many teams make life so hard for themselves that failure is almost inevitable - almost as if by design!

I would love to ban the f-word, 'failure', until after everything has been tried or until careful, considered analysis has concluded that nothing more can be done. If you ever watch medical dramas on the television you'll see paramedics and doctors trying to resuscitate a patient with all their skills and experience. They don't stop until they've tried everything, they don't pronounce the patient dead – until they are.

The 'd' word isn't used until the end.

An IT Project is my patient and similarly, you can spare the 'f' word until it's appropriate.

With this in mind, I present my 5-point plan to banish the 'f' word

I took a call recently asking for help with a 'failing IT Project'. It struck me how negative and unnecessary this labelling was. After all, you don't refer to Projects that are on course as 'succeeding' do you? So why, when your project has hit some setbacks do you give it such a terminal sounding tag as 'failing'. You don't hear of doctors rushing into theatre to work on a 'dying' patient.

When I arrived the team had hit some setbacks that could have been predicted and some that couldn't. Was the Project salvageable? Sure, but labelling it a 'failing' project was having a terrible impact on morale.

The team was more than able to turn things around but the ‘f’ label was weighing them down.

My friend broke his arm skiing one year, the following season when he returned to the slopes he wasn't 'broken arm Pete'. My friend Claire got divorced some years back, we don't call her divorcee Claire. I've changed the names here but the point is ... to label yourself with a singular negative aspect of what you do and who you are can be very harmful.

2 - Don't Do The Same Things And Expect Different Results.

IT Projects are never designed to fail, but many aren't designed not to.

In a time when new Project management solutions and every part of the process (even the process itself) are available 'as a Service', there really is no excuse for sticking with methodologies or practices that have not previously delivered success. You see it time after time, Projects teams hoping for success by repeating past mistakes. Fortunately, you also see teams scoring consecutive successes by applying repeatable best practice and learning from mistakes.

The solution, YOUR solution is out there!

3 - Don't Fear Being Judged A Failure Because You Asked For Help!

I'm seeing this too often. Projects sliding because teams were too proud or frightened to put their hands up and ask for help. Frightened of what? Bizarrely, frightened of being judged to be failing!

Which is the greatest fear ... fear of actual failure of fear of being judged?

I often invite Project teams to consider what their original brief was. Usually, it is quite clear. Plan and oversee a complex migration or launch a new product or service or a network upgrade or hardware installation ... what's often less clear is HOW the Project team should achieve these IT goals. In this regard, they are left to choose the best way forward.

If the best way forward is outsourcing some or all of your Project Management function or asking for help filling capability gaps who is going to judge you on that? Except, of course in a positive way when you are judged on a successful Project.

How is pluckily trying to battle through to a successful conclusion on your own any better than picking up the phone and filling any capability gaps that you have? Often, by smart outsourcing and partnerships, you can fill these gaps with no net increase in the overall portfolio costs - some even find the extra efficiency means they make a saving and come in under budget. Now that's something to be judged on.

4 - Accept Your Dark Side - Resistance Is Futile

I worked with a Project Manager once who just couldn't admit he was wrong. When he messed up (and we all mess up) he put all his energy into covering up the mistake or fire-fighting the consequences. Often, holding up your hand and saying that you goofed up is the best way to get a project back on track.

It is your dark side. For all the wonderful talents that you bring to Project Management you are human and as such prone to occasional foul-ups. Embrace this.

Something amazing happens when you do. People trust you more. Even better, they give you the benefit of the doubt in the future. The PM who never admitted he was wrong was actually alone in not acknowledging his errors, the rest of the team and other stakeholders all knew but never said anything. Which is fine, except sometimes things would go wrong that weren't his fault and he would silently be given the blame for these too.

You probably have some capability issues, most project teams do.

Being mindful of where you have gaps is battle half won when it comes to filling them.

Whether you find project prioritisation a challenge or struggle to maintain best practice, governance and process, lose project momentum because of poor resource management or struggle with project closure and transition into service, having an awareness of where you might be thin on the ground allows you to confidently enter the Project Management as a Service market for solutions. A third party 'Project Management Assessment' can help you know your project management capabilities.

You don't design failure into your IT Project plan. BUT from today let's actively design it out.

From now on let's hear less of the 'f' word!

Find out more about Project Management as a Service from Stoneseed
A world class PMO in 100 days. Stoneseed has a pla...
NEWSFLASH! IT Project Teams are ‘failing’ to innov... 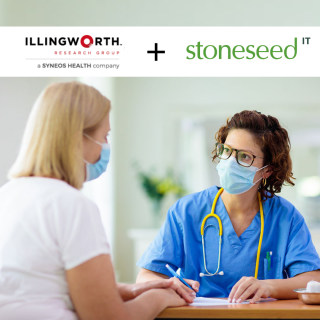