IT Project Collaboration. When 1+1 equals more than 2 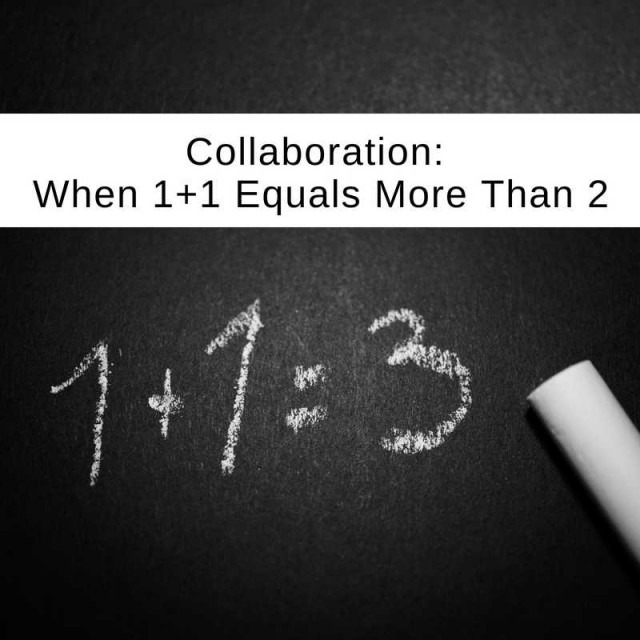 "Be open to collaboration. Other people and other people’s ideas are often better than your own," so said comedian and actress Amy Poehler.

I heard a great story this week that highlighted the value of collaboration.

A radio station, I think in Australia (but don't quote me), was brainstorming ways to improve its app. The problem was that digital listening was on the increase but a significant number of listeners migrating to digital platforms were opting for an app that also rebroadcast all their competitors' radio stations rather than just their own. This obviously cut listeners out of receiving targeted messaging via the radio station's app - a valuable revenue stream! It also meant they were noticing a drop off in early morning listening!

The meeting had the company's 'greatest brains' contributing insight and ideas and it had been going on so long that the cleaner knocked on the door to ask if she could empty the bin in the meeting room. At this point, the station director looked at his watch and started to wrap up the meeting with a recap of the problem and the solutions they had come up with, from marketing campaigns to increasing the number of ‘on air’ mentions.

"Add an alarm clock feature," said a voice from the back.

After a long day of overthinking the problem, a solution had presented itself through an accidental collaboration. They'd widened the brain power pool and perhaps found a really simple solution.

It's not just radio stations. In IT Project Management, how often do we get the same heads together in the same room to solve new problems or challenges and end up with similar sounding solutions. The thing is, in IT Project Management we are blessed with so many collaborative opportunities that you don't have to wait for your cleaner to come round with the vac.

One of my clients, Steve, has developed collaborative project management to the point where it is becoming a methodology of its own. Collaboratively they plan, coordinate and control some pretty complex projects not just across departmental borders but national ones too. Everybody working in the project has access to all the information about it, from tasks to budgets and resource allocation to messages, from governance to documents and it gets updated in real-time too, so you have a real, transparent sense of the state of the project at any given time.

The interesting thing is when working this way was first mooted, many of the project managers kicked back and opposed the idea. "Too many cooks will spoil the broth," I recall one actually saying. As it turned out, collaboration was the cornerstone of improvements in communication and transparency and it has led to increased identification of potential pitfalls and problems and has lessened their impact upon dependent projects across the entire portfolio. The 'broth' has never been less spoiled!

Your own corporate architecture is a great resource of collaboration, but you would be limiting your success potential if you limited your collaborative ambitions to people within your own organisation. It's here where nerves tend to jangle a little. It takes a degree of bravery and a lot of trust to initiate

collaboration between your business, your customers, vendors, suppliers and partners, but it is so worth it.

Effective collaboration creates a value network that delivers exponential learning and opportunity. Indeed, Steve, the client mentioned above has collaborative arrangements, both formal and informal, that span departments at his own firm, with his company's customers, with trusted vendors and, of course, with us - his project management services advisory partner. The trick is that everyone should benefit from the collaboration. Take our arrangement - we provide Project Management as a Service solutions as our side of the collaborative deal. In return, we observe and learn from watching those services transform his project delivery capability and as we do we bank valuable knowledge that, one day, may help another client with another challenge.

Great value networks like this don't magically appear overnight. They can take weeks, months, even years to create. Of course, your trusted Project Management as a Services partner can patch you into collaborative arrangements and yield instant results, but it is down to you to make that first move. You have to choose to collaborate.

Like my client, Steve says, "Start small if you're nervous about it. Offer your collaborative input to a company to whom you're not connected. See what happens and how good it makes you feel. I remember contacting the local train company and offering my thoughts after a commute one morning. The email I got back was really nice but even better they implemented my suggestion and sent me some free rail tickets as a thank you. The idea has since been taken on by other train operators. Collaboration spreads."

Some of the Project Management as a Service placements we arrange are really small in the grand scheme of the client's overall portfolio, but they can be as transformational as, say, placing an end to end Project Management Office. The beauty of any PMaaS arrangement is that you can dial it up or dial it down as needed.

In IT Project Management, collaborative working can never be too big or too small, in fact, to dispel the notion that seemingly inconsequential collaboration has less value, I invite you to consider the ingredients of a ginger cake.

In fact, say out loud now what the ingredients of a ginger cake are ... then ask the next five people you meet to do the same.

How many started with "ginger"?

In fact, Ginger cake is mainly over 300g of mixed butter, golden syrup and plain and self-raising flour. It's just a teaspoon of ground ginger that gives it that unique gingery taste. Your collaborative input may also be compared as small as a spoonful of ginger, or a cleaner pointing out a missed opportunity in an app, but it could also be the ingredient that provides the project with its unique flavour.

It can be daunting, that first time, reaching out in a collaborative way. After all, business is competitive, every instinct seems to scream "trust no-one!". The difference it makes though is transformational, so this week, be that little pinch of ginger. 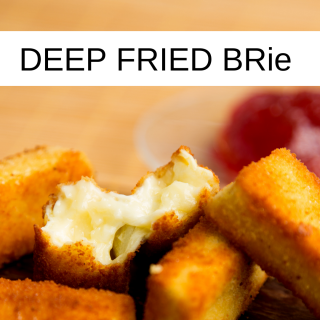