How to run an IT project meeting. The musky scent of success, do we all need to be more Elon!? - Stoneseed

How to run an IT project meeting. The musky scent of success, do we all need to be more Elon!? 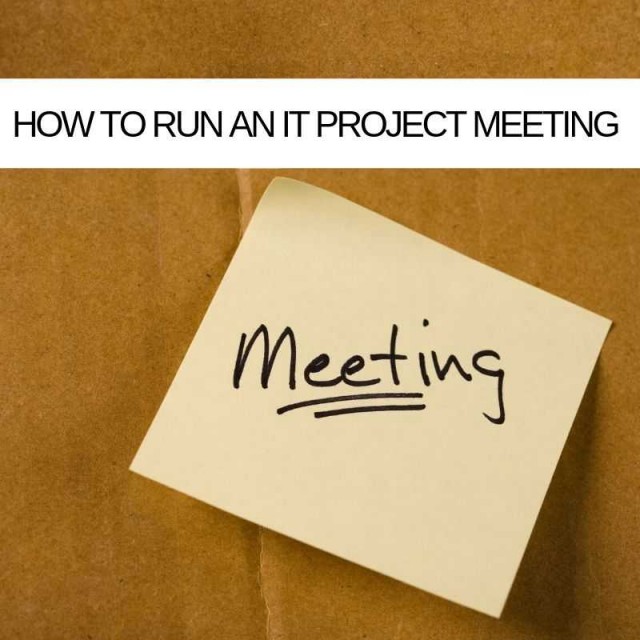 “It’s the most pointless meeting, nothing to do with my work but I have to attend. I just zone out for an hour”.

A Project Management contractor friend of mine said this as he told me about a monthly meeting that had just appeared again in his diary with the subject “Team Meeting – All Staff To Attend”.

He shrugged and gave a resigned sigh. Yeah, but what are you gonna do?”

The meeting was a monthly update given by the CEO about the health of the company, sales performance, new benefits and incentives for staff and, at the end, a bottle of wine was given to the employee of the month. Again, as a contractor, none of this applies to my friend leaving him feeling a little left out and not part of the team. It’s actually quite demotivating him being there!

Now, I’m not even going to get into the IR35 implications of treating a contractor like a member of staff, that’s a whole other blog right there!

No, this one is about meetings. How to run them and who should be there. In an industry where many IT Projects are still failing, or at least not yielding maximum returns, I can’t help wondering if we spend too much time sitting around the boardroom table when we could and should be working in and on our projects.

Just this last week, I made calls to three industry colleagues with whom I could not be connected because they were in meetings. When I finally did talk with them I asked how their meetings had been and what end they had served – of the three only one told me their meeting was strategically aligned with their business or project goals, none of the three said that the meeting had any value, one of them even said, “Face shown, box ticked.” Is that how little we value the precious resource that is an IT Project Manager? No wonder so many projects fail?

Elon Musk knows how to run a meeting. Tesla famously reframes the accepted norm and I love an email that he sent out about meetings. This was shared by Justin Bariso on Inc.com and Business Insider and should be posted on every meeting room wall on the planet!

These are Elon Musk's three rules for better meetings:

Brilliant isn’t it?! Let’s break it down.

Regular readers will know I love a football analogy! So, imagine Old Trafford at 3 pm on a Saturday afternoon. There’s probably just over 75,000 people in that ground when United’s winning goal is slotted into the net a minute from time. BUT how many of them took a touch? 74,879 are in the terrace cheering the red devils on, they didn’t get a kick. Eleven of the players on the pitch are with the away team, the ref, his assistants, the backroom staff, the young lad selling the programme and the man who heats up the pies, they’re all there “at the meeting” but when it comes down to scoring that winning goal … it’s Maguire to Pogba to Rashford, Rashford rounds the keeper and smashes the ball into the back of the net.

It can be the same with meetings at work. It’s nice to have a pie and it’s nice to have someone cheering you on, but at the end of the day (football cliché there), you only REALLY need a handful of people to score that winning goal. Anyone whose attendance doesn’t make a difference is just a face in the crowd.

And talking of which …

2 - If YOU are not adding value to the meeting, get up and leave.

If you turned up at your friend’s wedding and realised that you’d gone to the wrong church, you wouldn’t stay to hear the vows and go to their reception instead.

This happened to my friend a few weeks back by the way. He’d arrived late and so had to sit at the back and was just wondering why he didn’t recognise anyone when the organist struck up “Here Comes The Bride”. A total stranger walked in dressed in a bridal gown and the penny dropped. He waited for the bride to pass and then snook out the door through which she’d just entered.

Have you ever been in a work meeting like this? When you realise you’re in the wrong meeting (even if your name is on the attendees list), why don’t you just get up and leave? There is no creaking church door, no elderly aunts to tut as you squeeze past treading on her toes, no groom wondering who that mysterious man is who left red face as soon as his fiancée arrived!

You don’t, though, do you? You sit there thinking of all the work you must get done when you finally escape this stuffy room!

It would be really awkward to get up and leave – that’s why no-one ever does. So it is important that we manage this for our meeting attendees and before sending the invites, take one last look and ask if they will add value. Be brutal for the greater good.

3 - No frequent or recurring meetings.

Recently, a CIO friend of mine decided to cancel a regular Monday morning “State of The Portfolio” meeting. The catch up had been a nice chance to see colleagues face to face and discuss any issues or challenges. Nice idea.

The thing was though that increasingly they were just reading from project management software entries or their project’s Gantt chart which everyone has access to anyway. Indeed, most of the things they’d discuss had been flagged and were in the process of being addressed.

They decided that this was a pointless duplication and unless there was a major issue that needed talking over, they’d cancel the recurring meeting (whilst leaving the diary space available just in case!)  Six months later, there hasn’t been a single issue that needed this weekly meeting to be held! All that time wasted!

A friend’s mother went to the doctors with a condition that the GP thought might need long term treatment, perhaps medication for life and monthly appointments to assess whether her condition had changed. Three months in and the doctor was amazed at how well she was responding, and the following month declared her ‘cured’. She didn’t have to be assessed every month any longer, so she asked the receptionist to cancel the rest of the blocked-out appointments. The computer system decided it didn’t want to do this and months later, she got a call from the doctor’s receptionist reminding her how much missed appointments cost the NHS! She is a strong-minded northern woman of a certain generation who, when wronged, is unlikely to take prisoners. That doctor’s receptionist learned the folly of recurring appointments right then, maybe we all should too!

Every second lost is a second that could have a positive impact on your project and your strategic business goals. Don’t waste that second asking them to watch as you give Joyce in HR another bottle of wine.

Tags:
Best Practice
Choosing success metrics: are failing IT projects ...
Is your IT Project Delivery a challenge?