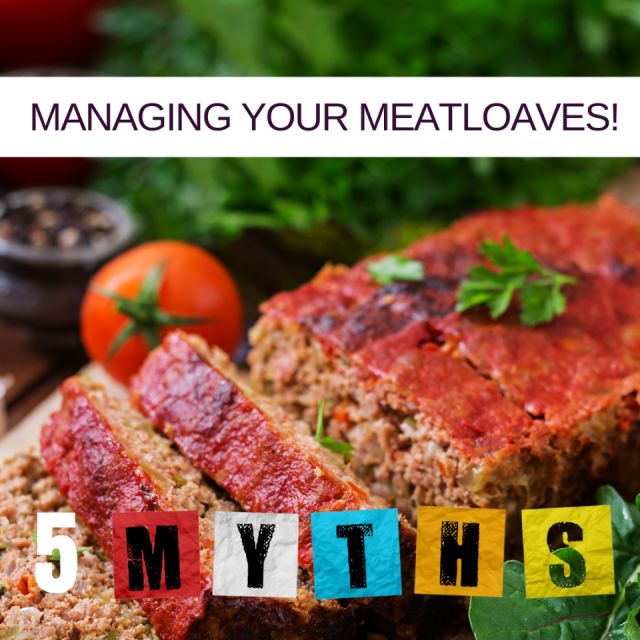 “At this week’s Team Meeting I got an MVP badge for my work! A badge! What am I? Ten years old?”

An IT Project Manager, industry veteran, and friend Dave sent this in an exasperated email this week. He’s been at the game for more years than he and I care to remember and is currently the “most experienced” (kind HR language for oldest) member of a team working on an IT Infrastructure project.

“I wouldn’t mind,” Dave went on, “I had to Google MVP! (It stands for Most Valuable Player). We got praised for sticking to agreed methodology, communication, and team spirit. The V-model we used led us to deliver each milestone late and over budget, communication is hit and miss at best, and as for team spirit, we’re all united in clock-watching if that counts.”

This email from a usually upbeat and positive colleague is a reminder to us all. Beware the IT Project myths!

There are so many myths in this short paragraph from Dave: the myth that teams just gel naturally; the belief that communication is actually happening; the misconception everyone understands buzzwords (like MVP); sticking rigidly to a methodology or process is always best; giving a badge to a man who’s been in IT Project Management for 25 years is a great motivating technique (LOL) … and so on.

These elephants in the room, assumptions and limiting beliefs can be as toxic to your IT Project as the more obvious project killers like scope creep and unclear expectations (etc, etc, etc).

A U.S. IT Project manager friend Steve, who lives in Dallas, calls these unchallenged myths his “Project Meatloaves”. I love this. It’s based on a story you have probably heard in one form or another.

A mother is making meatloaf with her daughter; something they’ve been doing together for years. As part of the family tradition, each would cut off an end of the meatloaf before putting it in the oven.

One day, the daughter asks why they do this?

The mother doesn’t have an answer. It’s just something that her mother used to do. They decide to go and ask the grandmother.

The Grandmother admits that she also doesn’t know why - it was just the way that her mother taught her.

Finally, they go and call on the almost 100-year-old great grandmother and ask, “Why did YOU cut the ends off the meatloaf?”

The great grandmother quickly answers, “To make it fit in the tin.”

Decades later, the mother and daughter are still cutting the ends off their meatloaf to make fit in a tin that probably went to the scrap metal yard years ago. Steve reckons that most IT projects have at least one meatloaf holding them back!

Actually, as my friend Dave is finding, it can be quite liberating and even fun to pick apart the myths and debunk them (Dave says challenging the myths is the one thing keeping him sane at the moment).

I’d love to hear from you about any ‘meatloaves’ you have, in the meantime here are five of my favourites.

One of the myths exposed in that email from my friend Dave is that communication is even happening at all.  There is a reality gap when it comes to comms – the difference between effectively communicating (being understood) and messaging or talking to someone.

Effective communication is not as simple as stringing a bunch of words together or even creating a log or email trail to refer back to. The best project communicators learn how their team best absorbs information, they find the right words to connect with their team and move them to action.

I think if something gets “lost in communication” or a team “didn’t understand their roles” or “failed to digest the brief” (actual project post-mortem comments I’ve seen) – then, as leaders, that’s on us.

When delivering information, it is your responsibility, as the leader, speaker or sender of the email, to bring your words to life and give them meaning that your recipient will understand.

The last year has really opened my eyes to this one. Another Project Manager friend Andy in London started a new gig during the pandemic. He is yet to meet his boss or colleagues face to face and yet already feels part of the team. This isn’t by accident; the organisation’s culture is set up to make it so.

I’ve seen many IT Projects fail because of an assumption that a group of seasoned professionals will just pull together as a team. Like most of the deliverables of your project, there is a huge design element involved in creating team cohesion.

Don’t get me wrong, sometimes the magic does happen – more often though team spirit has to be intentionally nurtured.

Often, a capability gap can be at the heart of team unity issues! Ironically, drawing from external Project Management as a Service (PMaaS) resources can bolster your internal team. Picture a football team without a goalkeeper, imagine how frustrated your centre forward, midfielders and wing back would be having to keep rushing back to cover the goal! This can be how it is with an IT Project team, better to draft in a resource with a particular skillset than dilute the value of other team members by playing them out of position.

MYTH #3 Remote IT Project Management Must Be Easy

One of the greatest myths to have been exposed during the pandemic is that remote IT Project Management must be as easy as the “traditional site-based” approach.

If your IT Project delivery has depended on remote talent, show them so love for the way they’ve adapted and evolved – if you already have show them some more love! They’re YOUR rock stars!!

At Stoneseed, we are specialists in Remote Access Project Management, so we’re better placed than many to appreciate the brilliant work that your team is doing.

We also offer rapid response resources to help with this, expertise that’s available on demand remotely. You can align resources as and when you need it, on a cost effective, full-time or part-time basis.

MYTH #4 You Should Pick A Methodology And Stick With It

I am encouraged by an increasing adoption of a hybrid approach to project delivery.

In our world of IT Project Management there are many who swear by Agile methodologies to deliver a flexible and fast response – especially during this last year where change has been the only constant! Time to market is usually faster than with the Waterfall methodology. Waterfall proponents, on the other hand, will point you to the benefits of robust planning and a well-defined work breakdown structure.

They’re both right! And that’s why hybrid approaches work so well.

A combination of two different methodologies opens up new solution space, the idea being that more ways to approach a problem increases the chances of solving it.

Project Leaders are responsible for selecting the best methodology to efficiently carry a project through to completion, but in a world where Project Managers are being “praised for sticking to agreed methodology,” you have to wonder if they feel free to do so!

New methodologies and techniques are being developed all the time, read back the start of the last paragraph – “Project Leaders are responsible for selecting the best methodology to efficiently carry a project through to completion”. This might be Waterfall; it might be Agile – chances are it’s a mixture of the two (or more) methodologies at different stages.

Hybrid methodologies add nuance at a time when nuance could be the difference between success and failure.

MYTH #5 We have a robust project plan, what could possibly go wrong?

The answer is lots! I recently read Nassim Nicholas Taleb’s books “Fooled By Randomness” and “The Black Swan” in which he describes the impact of unforeseen problems or ‘Black Swan events’.

He writes, “First, it is an outlier, as it lies outside the realm of regular expectations, because nothing in the past can convincingly point to its possibility. Second, it carries an extreme 'impact'. Third, in spite of its outlier status, human nature makes us concoct explanations for its occurrence after the fact, making it explainable and predictable.”

Sound familiar? A ‘Black Swan event’, with a huge (usually very negative) impact can derail even the most well-planned project. Bake into your planning a dynamic change management plan that will outline procedure to be followed and who turn to when unforeseen changes blow you off course. Make sure your PMaaS provider is on speed dial to allow your project to respond more flexibly to a Black Swan. Flexibility allows you to bend without breaking.

Shining a light on our believed myths and misguided assumptions can dramatically improve our results.

In his book, “Debunking IT Project Myths”, Nathan Roberts examines and challenges more misguided, long-lasting, and pervasive myths and “often overlooked untruths”. Roberts writes, “We don't question these underlying assumptions because we have become comfortable having them around.”

“The reasons these myths persist, is that we rely on our experience, tools, processes, and methodology to deliver our objectives consistently, like following a recipe. When on a project, the focus is rightly on "doing." But underlying most project cultures are unspoken concepts which undermine what we are attempting. We act as though they are solid truths but … they are tenuous at best.”