Knowing When To Say No 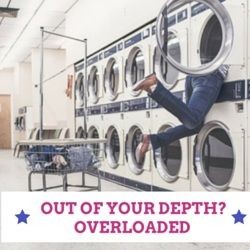 I’ve written much about “Why Projects Fail” and each time most of the reasons are out there ... someone else’s fault.

What if, as a project management professional, you were to take a long hard look at yourself?

Could there be any areas where your behaviour could cause a project to fail? It turns out there are and in each case simply saying “Thank you but ... no thank you” could be your best response.

Here are “The Seven Deadly Sins of Project Management Selection - Knowing When to Say No!”

You know, telling your client or your boss that the project they are proposing you manage is above your skill level is not an admission of weakness. You will be judged far more harshly by taking on a task that is beyond you and failing to deliver than you ever will by stepping aside. Honesty and integrity are great values in any commercial relationship and your transparency will be rewarded with more offers not less. If you are employed as a Project Manager then it is also a great ice breaker to open dialogue with your boss about accessing some training.

Nice problem to have ... too much work but if you or your team are spread too thinly then projects can easily come in over budget and run late. It’s a problem mantra in many organisations – “if you want something doing – give it to the busiest, most effective project manager”.

I remember watching a dialogue between a CIO and a PM. The CIO – with full backing from his board – was trying to push an urgent project on the Project Manager. Rather than accept the commission (and risk overload) the PM calmly walked the CIO over to a white board on his office wall. The board had a list of all the projects that were under his PMO’s control, with deadline dates and a progress column that was updated at least once a day. The PM asked which of the project deadlines the CIO would like to adjust – the CIO could see at a glance what consequences “shoe-horning” his project in would have and assessing the business case impact he wisely opted to contract out to a Project Management partner.

3 – You Know it’s Not Actually a Project

It’s incredible how many overloaded Project Management Offices we’ve come across whose time is filled managing projects that ... well ... aren’t projects. They’re business judgements, strategy decisions, and business as usual or change – but they’re not projects.

Sometimes this can be done by internal PMOs trying to justify their existence or external contractors trying to up-weight their invoice and sometimes it’s down to a simple lack of knowledge of commercially available solutions that can bypass weeks or months of project naval gazing.

By saying ... “you don’t need me ... just buy this off the rack” you are turning down work in the short term but increasing a client’s trust in you that will reap rewards in the future.

If you have a conflict of interest, or history with any of the project partners – and you think that it might cause some issues – you need to flag it up at the start.

Anything that could derail a project needs airing before it has the chance to.

One consultant who turned down a lucrative contract because he was working with his client’s competitor was rewarded for such integrity with an even bigger project to manage when his work with the competitor was finished. That’s not uncommon.

Sadly, there are also plenty of times when contractors have not been transparent and the conflict of interest has soured both relationships.

5 – You Could Either Sink or Swim

Assessing the probability of success of a project is an instinct and there are many reasons why projects fail.

Increasingly I am seeing projects falter, not because the PM is out of his or her depth but because they are managing the wrong project. I mean the project, on paper, is commensurate with their skill set and level of experience but in reality something just doesn’t fit.

It can be as simple as not understanding the existing technical infrastructure of the client, their corporate culture or industry sector needs. The construction sector, for instance, has very specific needs – remote sites often with little or no connectivity, dusty “portakabins” for offices and varying end user skill levels. If your background is managing projects in lovely Canary Wharf skyscrapers you might want to consider if this is the right project for you.

6 – You Will Be the Project Manager – By Name Alone

Knowing who will call the shots on a project is crucial. If a project has too many leaders it will be prone to scope creep, budget overspend and deadline overrun.

“Let He That Takes The Blame Take Aim” is a phrase coined by a radio industry friend of mine for production responsibilities on his show – I think it works when deciding whether to take on a project or not. If stakeholders and end users will have an over-weighted say in the running of the project then you should walk away.

You are a Project Manager!

If they won’t let you manage and lead then your role is effectively reduced to “project administrator”. You could take a view that as long as they pay you you’ll put up with that but really? What of job satisfaction? What of progressing your talents? Come on! You’re better than that!

Sometimes, you meet someone and you just don’t hit it off, it could be a professional difference or perhaps a personal issue – either way if it could impact on the result of the project then you should probably think twice about taking it on.

Like staying in a bad marriage, when the cracks appear they will be magnified exponentially by any issues between you and your client and in the pressure cooker atmosphere of a project you might end up saying something that could cost you business in the future. It happens.

It can be hard to say “no”. If you’re an employee don’t get yourself a disciplinary or a reputation as a trouble causer – often it can be harder if you’re a contractor and you’ve got responsibilities like a family and a business.

If it helps, remember that when you say “yes” to something you are more often than not saying “no” to something else anyway – even if it’s a successful completion of the project.

So by saying “no” you are choosing a wiser “yes”.

Find out more about Project Management as a Service from Stoneseed
For The IT Department, It's The End Of The World A...
Why CIOs Should Love Project Managers