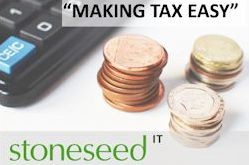 In his budget in March, Chancellor of the Exchequer George Osborne laid out plans to move UK tax payers away from paper tax returns to a new online model in a rollout timetable that has been described by PwC as “highly ambitious”.

In what the government is calling “a bold vision for a new, modern tax system, which will make it far easier for all taxpayers”, fifteen million self-assessment HMRC customers will be able to view, upload and manage their tax accounts online – initially from “early 2016”. Then a further thirty-five million people, including SME owner, to whom the system will be introduced next year, will use it by 2020.

Highly ambitious may be an understatement.

Iain McCluskey, a tax director at PwC is quoted by Contractor UK as saying, “one year to implement is a very tough goal,” adding, “This is a digital transformation of a very significant scale for HM Revenue & Customs, employers, banks and other stakeholders.”1

Indeed, this kind of a roll out would be ambitious were it carried out in the private sector, but public sector and government IT does not have a great track record and accountants and IT professionals alike are asking questions about security and software.

Accountants are pointing to HMRC’s Real Time Information system that SMEs use to manage PAYE. Over the last week or so accountants and finance departments across the country have been frustrated by slow system running, problems generating P60s and failure to update for the new tax year.

IT professionals are referring back to government IT failures in the past, for instance, a programme for electronic health care records under the banner of National Programme for IT, which was so beset by delays and ballooning costs that MPs called it one of the "worst and most expensive contracting fiascos ever"2.

Then there’s Universal Credit, a consolidation of welfare payments. Originally the programme had a 2017 deadline for getting millions of people on to it, but has been estimated that just 0.2% of all benefit recipients will be transferred onto the system by May 20153.

Both projects should reportedly have cost around £2bn, both cost roughly six times more and have either been radically altered or scrapped altogether.

And to be fair, it’s not just in the UK either. Most countries, especially the USA, have a woeful record when it comes to procurement of IT and management of projects.

So what goes wrong and why would multisourcing help?

1 – One reason large-scale IT projects fail is that they are really hard and complicated! If you’ve not got experience of Project Managing complex IT projects then you will soon find them running away from you. Multisourcing delivers best in breed contractors with appropriate experience and holds them properly to account.

2 – The attitude of government ministers is all wrong. Lulled into a false sense of the simplicity of common applications and software, they think that by throwing a few billion at a problem the tech guys will be able to solve it not – realizing that actually it’s really hard to create a “straightforward” database for millions of users and their intensely private data. Multisourcing is delivering this in the private sector – it’s still hard work, but with strict KPIs and service level agreements, a project has a greater chance of coming in on time and on budget.

3 – There’s a lot of ego in politics. An incumbent government can take few plaudits by announcing that a project initiated by the last lot is progressing well – ministers like to leave a legacy that can be tagged to them.

Thing is, often a problem being addressed by an IT project has been solved elsewhere – every government has to collect tax and harvest data – why not buy in something that has worked well in another territory? Again, it doesn’t look quite so good on a ministerial CV as a “from scratch” initiative might, but if you have to scrap a project after throwing billions at it because a better commercial alternative already exists, you’re not going to have much of a legacy to trumpet – remember the BBC’s Digital Archive fiasco?4

There needs to be more of an attitude that the customer is actually the tax payer. They are bank rolling it, and they are the end user of the IT project – not the minister or civil servant of the department procuring it.

Multisourced projects have the benefit of sourcing from best in class global vendors and they DO complete more in-line with projected time frames, allowing complex projects to be completed within, for example, the lifetime of a parliament, to massage those ministerial egos.

4 – Goalposts on government IT projects move in ways and for reasons that would be inconceivable in the private sector. Political agendas and priorities change with the breeze and often projects can be derailed through a lack of measured understanding of the complexity of the assignment.

Multisourced projects are structured with governance as part of their DNA, making any change that is not in the interest of the project mission less likely.

5 – Another huge problem is that globally vendors often deliberately underbid (but over-promise) when tendering for government work, aware that the project will cost far more than they quote and that there’s a chance it might never even work. Penalties for failure never seem to be fully meted out as they would be in the private sector.

With strict SLAs and measurable KPIs a multisourcing partner will sit “client-side” in initial negotiations and throughout the delivery phase of a project, and hold vendors to account.

Multisourcing – it works in the private sector where results matter, where failure really makes an impact and, to be fair, it is being adopted more than in the public sector.

Each time a major IT project is announced by a government minister, you hope that the lessons of previous failures have been learned – whether they have in the case of “Making Tax Easy” remains to be seen.

Rebecca Cave, tax policy editor for AccountingWEB UK is not convinced, “They do seem to be trying to run before they can walk.”

In the public sector the bottomless pit of cash to bail out IT projects no longer exists and tax payers bearing the brunt of austerity measures are less and less tolerant of overspend on projects that make accessing the services they are paying for and dependent upon, more difficult.

Whoever enters Number 10 in May ... take a look at multisourcing government IT projects and learn how to run.

Contact us to learn more about how Multisourcing from Stoneseed can help you to ensure high-quality, dynamic and cost effective IT services.

Find out more about Service Delivery Assessments from Stoneseed

The Eight Habits of Highly Effective Project Manag...
A Woolly Brief Doesn't Mean You Should Fleece Your...